COVID-19 resources
We are closely monitoring the coronavirus (COVID-19) situation. Click here to see what steps we have taken to help our policyholders, agents, and brokers.
New business binding restrictions
Due to the earthquake event in Idaho, the ability to purchase or issue new insurance policies or increase coverage in the affected areas may be limited. Please contact a Markel representative for more information regarding these restrictions.

The difference between service animals, emotional support animals, and pets 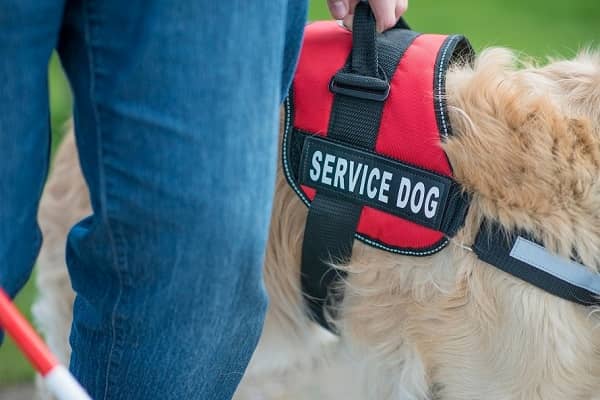 Markel insures are often faced with trying to interpret the difference between a service animal, emotional support animal or pet, and then whether it should be allowed on their premises. To help support your decision making process and to better understand your requirements when confronted with this situation, the following information is provided to help you make the best decision for your program.

According to The Merriam-Webster Dictionary, a pet is a domesticated animal kept for pleasure rather than utility.  If the animal is identified as a “pet” you do not have to allow it to enter your business.

The examples provided earlier are beyond the traditional stereotypes, such as a seeing eye-dog. In fact, according to DisabilityGuide.com, a service animal can be any of the following:

In situations where it is not obvious that the animal is a service animal, staff may ask only two specific questions:

The owner is not required to provide any documentation for the animal, to make the animal demonstrate its task, or answer questions about the nature of his/her disability.

Service animals must be harnessed, leashed, or tethered while in public places unless these devices interfere with the service animal’s work or the person’s disability prevents use of these devices.

The ADA specifically states that emotional support, therapy, comfort, or companion animals are not considered service animals. According to the ADA, these terms are used to describe animals that provide comfort just by being with a person. Because they have not been trained to perform a specific job or task, they do not qualify as service animals under the ADA. However, some state or local governments have laws that allow people to take emotional support animals into public places.

So it is recommended that you check with your state and local government agencies to find out about these laws.