Do your workers know the basics of fire extinguisher safety? 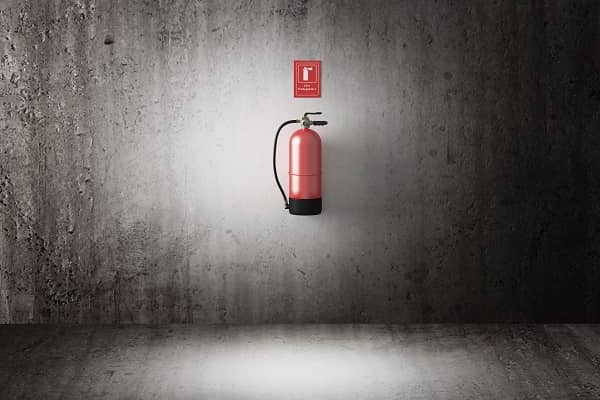 Although OSHA requires you to have fire extinguishers in your workplace, you don't necessarily have to train employees to use them. For example, if workers are told to sound the alarm and evacuate in the event of any workplace fire and leave the firefighting to professionals or your fire brigade, then you don't have to complete fire extinguisher training (unless you want to, which is never a bad idea). But, if you expect workers to take emergency action in the event of a workplace fire, then OSHA says you have to train each and every one of them to use extinguishers safely and effectively.

Fire extinguisher safety starts with the ABCs (and D). Extinguishers are labeled to correspond to different classes of fires. It's essential for employees to choose the right type of extinguisher for the fire. Otherwise, they could be spreading the fire instead of extinguishing it.


Here's the proper procedure for using a fire extinguisher:

When in doubt, get out! Most workplace fires should be handled by trained firefighters--either your local fire department or your own fire brigade. Fire extinguishers should only be used on small, contained fires. That's because extinguishers don't last long and can't control big or rapidly spreading fires. Be sure your employees understand that if a fire doesn't go out immediately, they should evacuate the area, sound the alarm, and leave the job to better trained and equipped firefighters. Your workers should never try to extinguish large or rapidly spreading fires with an extinguisher.