Drug and alcohol testing of drivers from a legal perspective 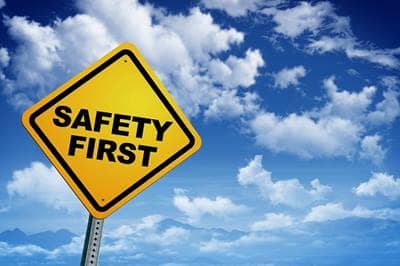 According to the regulations promulgated by the Federal Motor Carrier Safety Administration (“FMCSA”), motor carriers must conduct certain drug and alcohol testing for all drivers who are required to have a commercial driver’s license (“CDL”). This bulletin discusses the specific circumstances under which employers are to conduct such testing, as well as the responsibilities placed on employers when a driver tests positive for drugs or alcohol. This bulletin also addresses the implications of drug testing drivers who are not required to have a CDL.

The FMCSA regulations require employers to conduct drug and alcohol testing of all CDL drivers under the following circumstances:

Employers must also conduct annual drug testing based on a random selection of CDL drivers. According to federal regulations, the selection of drivers must be made by a scientifically valid method, and all drivers must have an equal chance of being selected.4 Employees who are selected for random testing must report to the test site “immediately;” failure to act promptly may be considered a refusal to submit to testing, which is equivalent to testing positive. Further, the names of drivers who have been selected for testing must be returned to the selection pool so that all drivers have an equal chance of being selected at any time.

Further, according to current regulations, random drug testing should be conducted for alcohol on 10% and for drugs on 50% of the average number of driving positions within a company.

CDL Drivers who have violated the FMCSA’s drug and alcohol standards must submit to a rigorous testing process before returning to employment as an operator of a commercial motor vehicle. They must first complete a period of treatment and testing as prescribed by a Substance Abuse Professional (“SAP”). Follow-up drug and alcohol tests must then be conducted at least six times in the first 12 months after a driver returns to duty, and the SAP may extend such testing for up to 60 months thereafter.9 Additionally, all return-to-duty and follow-up testing must be unannounced and requires “direct observation” by a same-gender observer.

Employers who receive notice of a positive drug test result, or alcohol test greater than 0.04, under any of the above testing circumstances must “immediately remove the employee involved from performing safety-sensitive functions” (i.e., operating a commercial motor vehicle). Additionally, employers may not permit any such employees to resume operation of a commercial motor vehicle “until or unless the employee successfully completes the return-to-duty process.” An employer’s failure to properly comply with these requirements “can in itself cause a carrier to receive an unsatisfactory rating” from the FMCSA. Motor carriers who receive such ratings may be required to completely cease operations until they institute remedial actions.

In contrast to the requirements for testing CDL drivers, there are no similar regulations mandating that employers test their non-CDL drivers for drugs or alcohol. Indeed, as noted by the United States Department of Labor, “the majority of employers across the United States are not required to drug test, and many states and local governments have statutes that limit or prohibit workplace testing.” Consequently, it is important for employers to tailor any drug and alcohol testing programs to all applicable laws.

A workplace drug testing policy should also conform to certain generally accepted principles. First, an employer should ensure that the policy is clearly outlined in written form and distributed to all covered employees (e.g., all employees who operate motor vehicles as part of the scope of their employment). The policy should also specify when testing will be conducted (e.g., pre- employment, periodically, randomly), and the types of drugs which will be screened.

Finally, a drug testing policy should clearly set forth the consequences for non-compliance. To maintain credibility, an employer may adopt a “zero tolerance” policy requiring immediate termination, or alternatively may use a “second chance” policy providing opportunity for a non-compliant employee to return upon the satisfactory completion of a substance abuse program. Any policy should be applied uniformly to all employees.

In sum, it is important for employers to be aware of the extensive set of federal regulations that govern the drug and alcohol testing of CDL drivers. The FMCSA may impose severe penalties on any employer that fails to strictly comply with these regulations. By contrast, employers of non-CDL drivers have more flexibility to develop drug and alcohol testing procedures or to elect not to perform any testing whatsoever. If testing will be performed, these employers should ensure that any testing policies comply with all applicable state and local laws.

The foregoing is not legal advice. Employers are advised to consult counsel with respect to developing and enforcing policies that comply with applicable federal regulations on employer drug and alcohol testing of drivers.