We’re here to help you prepare, protect, and recover. Click here for resources or file a claim. 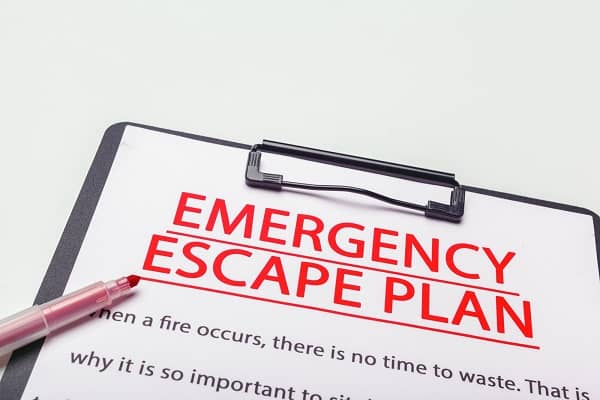 Businesses must know how to evacuate employees and other occupants from their building in case of an emergency. Evacuations are a crucial aspect of workplace safety, and efficient exiting can be the difference between life and death. Occupational Safety and Health Administration (OSHA) regulations require employers to have an emergency action plan including the following six elements (29 C.F.R. §1910.38):

One of the first steps in developing evacuation procedures involves planning exit routes. OSHA defines “exit routes” as consisting of three parts: the exit access, exit, and exit discharge. The exit access is the portion of the route that leads to the exit itself. This path should be easily accessible and free from obstructions at all times. From there, the exit point should provide a protected means of egress leading to the exit discharge. The exit discharge is the part of the exit route that leads directly outside or to a street, walkway, refuge area, public way, or open space with access to the outside. All three elements of exit routes are crucial in the evacuation process.

After exit routes have been established, businesses should formalize their emergency action plans and train employees. Training should include reading and understanding the written procedures, as well as practicing those procedures through emergency drills. The Evacuation Checklist below can serve as a guide when conducting drills: