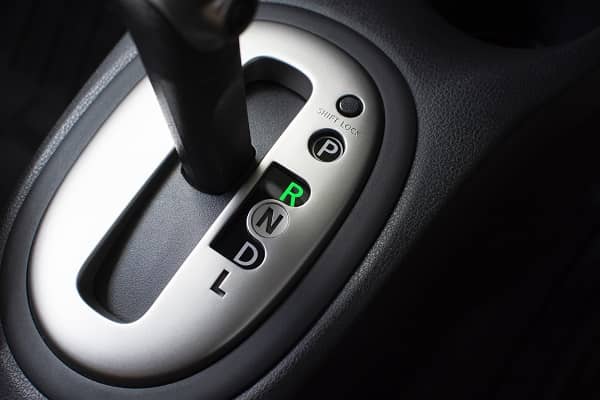 While backing is to be avoided whenever possible, every driver must make some backups on nearly every trip. And you know how to back, as demonstrated when getting a license, but how often do you forget some basics?

The first thing is that all backing must be done slowly. Skillful drivers can perform the backing maneuver time after time with the greatest of ease, but you'll never see a good driver back at high speed. In order to be rated competent, every driver must be able to control the progress of the vehicle all the time—every time the vehicle is in motion. This skill is easily demonstrated in forward movement. Since this is the way you go most of the time, the driver's seat is placed up front. When moving in reverse, the driver is still up front, and he can't see so well behind. In addition, steering wheels are no longer the lead wheels, and control of the direction is awkward. Concentrate on the fact that in reverse movement controls are reversed, and response to steering is sluggish.

Before reversing, get a clear view of the spot into which you must back. If it's a normal, familiar backing situation with good clearances, back in as long as you can see the backing path clearly in the rearview mirrors. If the place is strange, or if there is any question about clearances, the good driver will get out of the vehicle and survey the place that must be backed into. Note any obstructions, low hanging wires or signs, or fire escapes. Clearances must be wide enough and high enough. The expert will drive as close as possible before starting to backup, make the turn on the driver's side, if possible, so that you can see the back of the vehicle swinging into position. At all times be sure to watch clearances on both sides through his rearview mirrors. When within a few feet of your stop, lean out and look directly behind the vehicle until the backup is completed.

Many good drivers make use of another person to direct their backing maneuver. Standing at the rear where the guide can be seen either directly, or through mirrors by the driver, the guide gives positive signals for steering, slowing and stopping. Experts know that hard bumps mark the poor driver, so they take no chances on a bang up finish. Above all, approach every backing maneuver with caution, and a soft touch on the gas pedal. Too much speed in backing can ruin a driver's day. Good drivers who must go into a dead-end alley or driveway where there's no turnaround usually will back in from the street, so as to avoid the necessity of backing out into traffic. If necessary to back into the street, they will get someone to flag down traffic or to signal when the way is clear. Drivers in residential neighborhoods should never start backing out of a parking space without first walking around to make sure there's nothing in the way. There have been too many cases of children stopping to play behind a parked vehicle, only to be crushed when a driver backed up without looking. Such obstacles as children, tricycles, boxes and the like cannot be seen through the rearview mirrors.

Expert drivers agree that backing is a slow, tedious and sometimes dangerous operation, and they try to avoid it whenever possible. When backing cannot be avoided, be in control of the vehicle, even in reverse motion; always take it slow and easy.