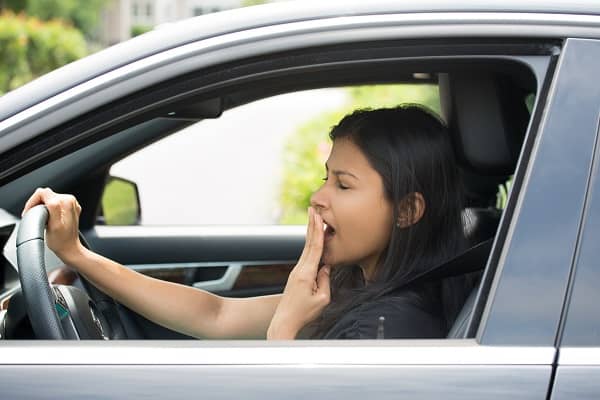 Driver fatigue is a decisive factor in many commercial vehicle accidents. In a study by the Federal Highway Administration's Bureau of Motor Carrier Safety of more than 200 accidents, it was concluded that driver performance deteriorates, driver alertness diminishes and accident probability increases as driving time increases. Results of this study indicated that the frequency of accidents increased disproportionately after about seven hours of driving. Extreme fatigue may affect the operator in many ways. It may cause drowsiness which, at any moment, may turn into total unconsciousness. Fatigue may also produce a mental state that will deceive drivers into believing that they are capable of driving safely. Fatigue also hampers the driver's ability to correctly judge distances, speed or driving conditions. Many times, fatigue may also cause drivers to imagine conditions that do not exist. A reaction to an imaginary condition has caused many serious accidents.

You should be aware of the signs of fatigue so you can take measures to counteract them. While you are still alert you usually sit relatively quiet in your seat, but as you begin to tire, you may become restless, squirm in your seat, stretch, or rub your eyes and you may experience short lapses of attention—enough time to lose control of his vehicle and cause a serious accident. As drivers tire, they pay less and less attention to the instrument panel and to the rear and side view mirrors. The tired driver will stare fixedly ahead, actually appearing to be in a trance. This is the point at which driving patterns change. There is less steering, irregular or erratic speed changes, weaving back and forth, and finally, crossing the center line or drifting off the road entirely. This is the time when a fatigued driver is a hazard of his or her own safety, as well as the safety of everyone else on the road.


Some of the precautions the driver can take to combat fatigue are:

Don't rely on amphetamines to keep you awake. These drugs may increase alertness and efficiency for a short period, but later they may be followed by headaches, dizziness, agitation or irritability, decreased power of concentration and marked fatigue. Another reported effect of amphetamines is that the user sees mirages or experiences hallucinations. A driver in such a mental state may suddenly swerve into on coming traffic or off the road to avoid hitting an imaginary object. Don’t rely on a means of false security. Fatigue sometimes comes on very quickly. Drivers should get off the road before they fall asleep—instead of afterwards. A driver who is dog tired should pull well off the road and take an extended rest break.