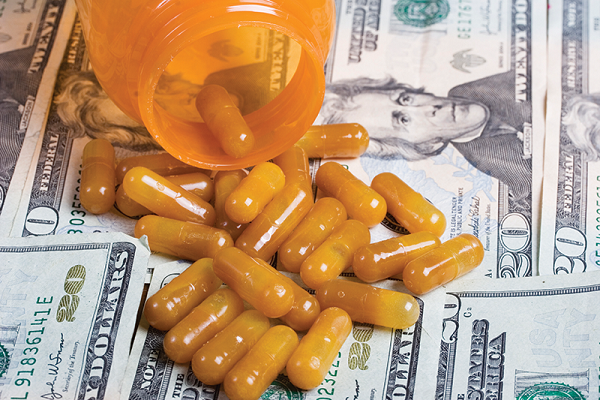 Flakka is a designer drug that got a lot of press last year in Florida.  Some of the cases were quite dramatic. A man was arrested running down the street wearing only shoes. He explained that he was being chased by those who had stolen his clothes and was trying to get hit by a car so they would stop chasing him. Exhibiting what was described as superhuman strength, a man tried to kick in the doors of a police station because he believed he was being chased and wanted help. When kicking was unsuccessful, he attacked the hurricane resistant glass with large stones. The National Institute on Drug Abuse issues an updated fact sheet regarding such drugs in January of this year.

Flakka belongs to a group of drugs called synthetic cathinones, more commonly known as “bath salts”. No, they are not related to Epsom salts. Cathinones are found naturally in the khat plant, which is a shrub found in East Africa and Southern Arabia. The leaves are chewed for a mild stimulant effect. Synthetic or man-made cathinones are much more potent than natural ones. The synthetics are usually in the form of a white or brown crystal-like powder, usually foul-smelling. They are sold in small foil or plastic packages clearly labelled not for human consumption.  Labelled as plant food, jewelry cleaner, or phone screen cleaner, they can be bought online or in drug paraphernalia stores under a variety of brand names; Flakka, Boom, Cloud Nine, Lunar Wave, Vanilla Sky, White Lightning and Scarface.  Another street name is “gravel”.  A tenth of a gram can be purchased for $4 or $5.

The active ingredient is alpha-PVP, which was banned and labeled a schedule 1 drug by the DEA in 2014. Schedule 1 drugs are the most dangerous and have a high risk for abuse and dependence. Flakka works by blocking the re-absorption of dopamine and norepinephrine in the synapses.  So, the effects are what you might see with amphetamines, cocaine, and MDMA. In fact a recent study showed that MDPV, a synthetic cathinone related to flakka, is ten times more powerful than cocaine!  MDPV is the most common synthetic cathinone found in the blood and urine of the taking “bath salts”. These substances can be swallowed, snorted, smoked, or injected. Vaporizing gets them in the bloodstream quickly and makes it easier for overdoses to occur. These agents are a safety concern for providers, in part, because they produce the following effects:

Those of us who have treated folks with excited delirium know how aggressive, strong, and insensitive to pain they are.  Some clinicians have proposed that hyperthermia may be related to the tendency to get naked. After we make certain that we are in no danger, we must make certain that the patient is adequately sedated and restrained. Review your local protocols. Synthetic cathinones can be addictive and have caused deaths. There are currently no medications available to treat addiction to synthetic cathinones. Note that the clinical course of these patients is complex and goes beyond the scope of this article.