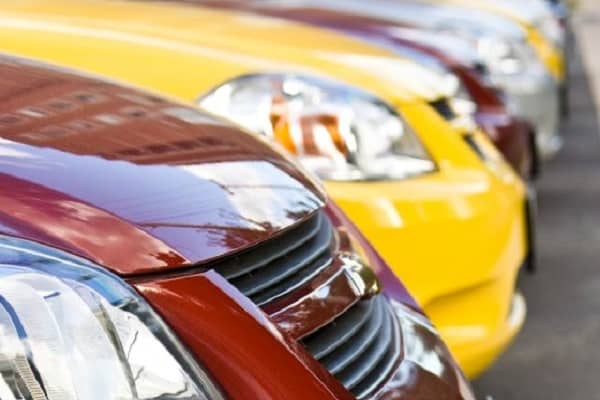 The risk of heat stroke in parked cars

According to NHTSA, heatstroke is the leading cause of vehicular non-crash-related deaths for children under 14. Between 1998 and 2015 an average of 37 children died from vehicular heatstroke annually. You might be thinking, “I’m an EMS professional. This won’t happen in my family.” I have known a paramedic and an ER nurse who left their kids in a car with fatal results.

It is common sense that you should never leave a child alone in a parked car. Rolled down windows and active air conditioning are not safety measures. There are dangers other than heat. But since a child’s body temperature can increase 3 to 5 times faster than an adults’, the risk of a child developing a lethal core temperature of 107 is very real. In fact, heat stroke can occur with ambient temperatures as low as 57 degrees. Temperatures in a vehicle can reach deadly levels in 10 minutes on an 80 degree day.

Make a point to look in both the front and back of your vehicle before locking it and leaving. Don’t let kids play in an un-attended car.  We shouldn’t teach our kids that a car is a toy or play area.  Keep your car locked at home with the keys inaccessible to you kids.

The circumstances I described in the first paragraph occurred when fatigued parents intended to drop off a child and it wasn’t part of their normal routine. It should also be noted that in both instances the parents were particularly stressed by bad clinical outcomes during their work-shifts and the anticipatory stress of the pending review. If dropping off a child is not part of your routine, create reminders that the kid is in the car. A sleeping child in an appropriately secured car-seat won’t give you much of a reminder. Put you briefcase, purse, lunch or cell phone near the car-seat to force yourself to look in the backseat. Create a closed communication loop. Have the person dropping off the child confirm completion of the task by phoning the spouse or partner. Make certain that the daycare, school, or baby-sitter calls if the child does not arrive on time. You might write a note and place it on your dashboard. The risk is too great for complacency. It won’t happen to you until it does.


The dangers of ticks

In summer, we anticipate severe weather, extreme temperatures and increased vehicular and pedestrian traffic.  We need to add ticks to our list of concerns. Since ticks may become infected with bacteria, parasites and viruses, they can pass pathogens to humans. Some common tick-borne illnesses include Lyme disease, babesiosis, ehrlichiosis and Rocky Mountain spotted fever. Some of these illnesses have long-term sequelae. Ticks are most active in the spring, summer and fall, but in warmer-weather regions they may be active all year. Go to www.cdc.gov/niosh/topics/tick-borne for a chart which shows where ticks can be found in the United States.

If you are working in woody, bushy, high grass or areas with leaf litter, wear light-colored clothing. Hat, long pants tucked into boots and long-sleeved shirts are helpful. Think of these as task specific personal protective equipment. Exposed skin should be treated with 20% to 39% DEET. Permethrin may be used on clothing, but do not use it on skin. Check your clothing for ticks. Washing and drying work clothes will kill ticks.

NIOSH  recommends that if you find a tick on your body: grasp the tick as close to your body as possible with a fine tipped tweezer, pull it away with a steady motion, and wash the area thoroughly with soap and water.