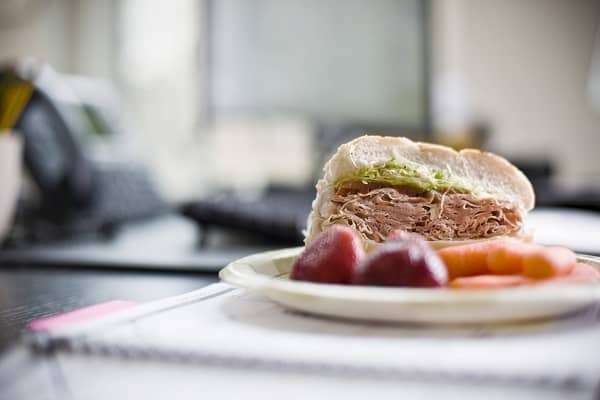 There are 180 million cases of diarrheal illnesses in the US annually that lead to 475,000 hospitalizations and 5,000 deaths. In 2000, 115 million anti-diarrheals were prescribed along with 19 million courses of antibiotics, and 6 million stool cultures, which generated $6 billion in medical costs and lost productivity. Foodborne illnesses generate 48 million cases per year with 128,000 hospitalizations, and 3,000 deaths. As medical transportation providers, one needs to be aware of the common causes of these illness in our professional and personal lives.

The US is part of a global food system. It has 2.1 million farms, with more than 30,000 food processing sites. There are 19,000 domestic packers and re-packers that send the food to 32,500 wholesalers, 325,000 retail food and beverage stores, and 960,000 foodservice outlets before it finds its way into 111 million US households. Unknown millions of foreign farms send food to 94,000 foreign processing sites, and 87,000 foreign packers and re-packers before it gets into the US food chain. These numbers become even more important when one considers our consumption of imported food increased from 12.1% to 19.4% between 1989 and 2013. In 1978, we ate 82% of our meals at home. Now we dine in only 66% of the time. Given these figures, there are plenty of opportunities for contamination.

Fortunately, 91% of foodborne illnesses are caused by norovirus, campylobacter and salmonella species. Norovirus has an incubation period of 24-51 hours.  Signs and symptoms of norovirus include: diarrhea and vomiting (often accompanied by nausea), abdominal cramps, malaise, myalgia, chills, and headaches. Fever only occurs in about half of patients. There are 4-8 watery, non-bloody stools per day. This self-limited illness usually lasts 24-60 hours, but viral shedding may persist for 4-7 days after the illness. It’s a tough bug. Norovirus persists in the environment. It is resistant to ordinary cleaning agents, and can survive temperatures ranging from freezing to 140 degrees Fahrenheit. People can be infected repeatedly due to multiple antigenic variations, lack of cross-protective immunity, and lack of long-term immunity. Secondary transmission occurs via fecal-oral and aerosol routes as well as contact with environmental surfaces. It has a very low infectious dose of 10-100 virions (virus particles) and is highly contagious.  The virus can be aerosolized and spread by flushing when sharing toilets with infected people.

Campylobacter jejuni illness has an incubation period of 1-7 days (usually 2-4) and has a prodrome of fever, headache, myalgia, and malaise prior to intestinal symptoms. Clinical manifestations include 10 or more loose watery or bloody stools per day. Crampy abdominal pain may be relieved by defecation. Symptoms usually last for a day to a week, and may be confused with IBD or appendicitis. Campylobacter is a normal flora for wild and domestic animals. It is not part of normal flora in humans. The bug can remain viable in water, milk, and food at 39 degrees Fahrenheit for several weeks. Most cases are associated with consumption of chicken. One drop of chicken juice contains about 50 organisms, while the infecting dose can be as low as 50 organisms. It is estimated that 1 of 1,058 cases of Campylobacter are complicated by Guillain Barre Syndrome.

Non-typhoidal salmonellae cause fever, nausea, emesis, diarrhea, and abdominal cramping which usually lasts for 1-3 days.  However, the fever may last 2 or 3 days, and the diarrhea 4-7. In fewer than 5% of cases a bacteremia can develop which may lead to osteomyelitis, endocarditis, and mycotic aneurysms. These bugs come from poultry, eggs, milk products, fresh produce, and meats. Transmission from pets, especially pet reptiles, such as turtles less than 4 inches in diameter may occur.

Listeria moncytogenes has been getting a lot of press. Everything from ice cream to vegetables, soft cheese, and “ready-to-eat meats” has been cited as culprits for spreading listeria. Infection results in a gastroenteritis in the immunocompetent. It usually requires a large inoculum (viral dose).  Self-limited and lasting for a couple of days after a 9-48 hour incubation period, the clinical presentation consists of fever, watery diarrhea, nausea, headache, arthralgia, and myalgia. Unfortunately, invasive listeriosis can cause a bacteremia which is likely to occur in people 65 and older, in pregnant women, and immunocompromised people are at risk. The incubation period is commonly 2-6 weeks, but may last up to 70 days.

Naturally, the maintenance of proper hydration, and electrolyte balance, are of primary importance in these illnesses. As you can see, the differential diagnosis may be complicated, and requires guidance by a physician.  Important clues include: incubation period, predominant clinical symptoms, duration of illness, and population involved.  Use the same restraint on yourself that you would with patients. Don’t assume that even with dramatic GI symptoms that an antibiotic is needed. Shiga-toxin producing E. coli infected patients treated with antibiotics have up to a 20% risk of developing hemolytic uremic syndrome. If you have fever, and diarrhea or bloody diarrhea, avoid anti-motility agents. As they could make the toxins stick around in your gut longer.

To prevent these illnesses at home:

In 2011, the FDA Food Safety Modernization Act was signed into law. For the first time the FDA mandated preventive controls, inspection and compliance, imported food safety verification, and enhanced partnership among local, state, and territorial food officials. This is backed up by the FDA authority to recall all food products if necessary.

Think about what happens to your service when illness strikes. People call in sick, as they should, but shifts need to be filled. Will the extra workload and number of hours worked make your service safer?