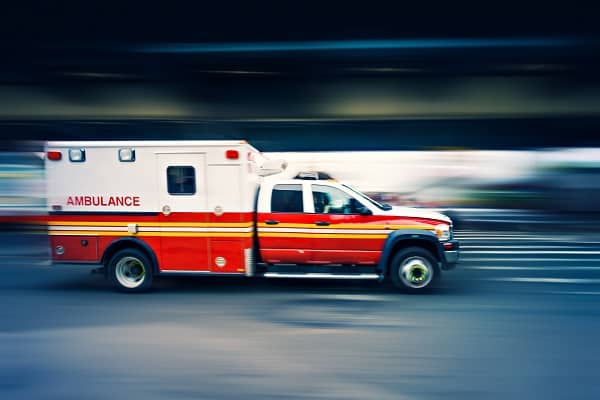 It is no secret that the ambulance industry is in serious financial trouble. A recent JEMS article revealed that 55% of respondents at a seminar reported their organizations are “fiscally unstable or in a serious condition.” The demand for ambulance service is such that the Bureau of Labor Statistics predicts that by 2026 the need for ambulance personnel will increase by 15%. It is not unusual for ambulance services to have attrition rates of 40% or greater. In an effort to create a stable workforce and reduce expenses, some have decided to recruit high school students and hire people younger than 20. When it comes to driving, this is a dangerous idea.

In the ambulance industry, we recruit people with “clean” driving records, who are 21 or older. Most services have driving specific training. EVOC, CEVO, EVOC, EVOS, Arrive Alive Do No Harm, Smith System, and methods developed in house are common options. Technological advances, such as, onboard monitoring with or without cameras, GPS systems, and governors for speed control are routinely employed. Stickers placed on ambulances invite public to comment on driving behaviors. Supervisors perform direct observation of driving. With all of these interventions, ambulances are involved in crashes at a rate that is 20 times greater than vehicles manned by other working drivers. Given current conditions, does it make sense to add drivers from a population with a documented higher crash risk and propensity for risk in general?

NHTSA defines young drivers as those who are 15 to 20 years old. In 2015, young drivers comprised 5.4% of the driving population, but were involved in 9% of fatal crashes and 12% of police-reported crashes. The fatal crash rate per mile for drivers 16-19 is nearly three times greater than that for drivers over 20. Motor vehicle accidents were the leading cause of death in people aged 13-19 in 2015. Forty six percent of single vehicle fatal crashes involved drivers 16-19. Those 25 and older were involved in 36%.  Males between 16 and 19 have a night time fatal crash rate four times higher than male drivers 30-59. For young females, the crash rate was almost three times higher. These numbers clearly depict a significantly at risk driving population. If we get them early enough, can’t we remove these risk tendencies with training? No.

Driver education does not equal safe drivers. For teens, training must address motivation and mitigate the over-confidence that may result from self-perceived skills acquisition. Research has shown that teens are more likely than older people to underestimate risk. They do not recognize hazardous situations and are more likely to make critical decision errors that lead to serious crashes. Teens are in a developmental process.

Older teens experience emotions more intensely than children or adults. The ventromedial pre-frontal cortex (vmPFC) regulates emotion, but in these people behavioral control is shifted to the amygdala. Activation of the amygdala promotes aggressive behavior and stimulates the sympathetic side of the autonomic nervous system. When making risk assessment, teen brains show less activation in the dorsolateral prefrontal cortex (dlPFC) than adults. The less activity the poorer the assessment. This underestimation of the likelihood of a bad outcome results in riskier and novelty seeking behaviors. In one study, adolescents were asked to estimate the risk of being involved in a crash while drunk. Estimates given by the young were commonly in the “gazillion to one” range. When given the actual likelihood, teens regularly responded “that doesn’t apply to me.” The emotional vmPFC has stronger input than the reasoning dlPFC. This characteristic of teen neurodevelopment makes them inherently take more risks and have less ability to cognitively predict the outcome of risk-taking. These are not disparaging statements. They are biologic facts. The only action to mitigate the dangers of employing young drivers is to not employ them.