Some do’s and don’ts for retaining camp documents 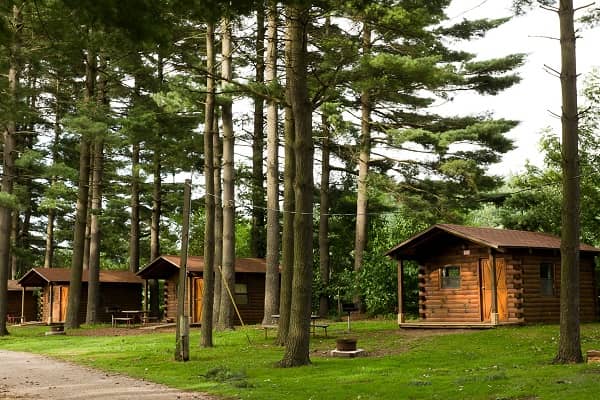 The end of summer always comes too quickly. It is that time when the summer camps begin preparations to close for the season. The day camps' missions are over because the campers have returned to school. The sports camps lose their participants to regular season scholastic teams. Despite the accompanying summertime blues, there is still work to be done in safely shutting down your program for the season, including deciding how to handle the documents and files accumulated during the dog days of July and August.

The easiest approach is just to throw away all files from the past season. After all, what value are this summer's applications, incident reports, and staff/camper directories—just to name a few? The answer is that your organization's ability to identify, locate, and produce key documents and staff members may be critical to your defense if a claim arises out of an incident that took place a few seasons ago. The purpose of this article is to provide you with a framework for preserving your documents in the hope of protecting your organization from future claims of negligence or neglect.

There are three important reasons to preserve your documents at the end of the summer season. First, your population may consist largely of young children who are prone to a variety of accidents. Under most state laws, children are given an extended period of time to file a personal injury suit, commonly until they reach the age of majority plus another 2-3 years. So an incident that happens this summer may turn into a lawsuit years down the road depending on the age of the child. It is in your best interest and sound business practice to preserve all documents that accurately reflect what happened, including incident reports and those that relate to potential defenses, such as waivers/releases.

Second, most courts impose a duty to preserve relevant evidence if a party is on notice of a potential claim. Note that the duty emerges when you are on notice of a potential claim, not just when you are actually sued. Penalties vary for failing to preserve evidence such as incident reports, pictures taken of the accident location, or at times, the instrumentality involved in the accident. Common sanctions include the ability of the jury to conclude that you destroyed or inadvertently failed to preserve evidence because it would not have supported your defense. If the destruction is found to be willful, some states permit the jury to presume that you were negligent in causing the plaintiff’s accident.

Last, you always want to put your best foot forward if a claim is presented against you. Your best defense includes not only live witness testimony but contemporaneous documents that tell your story when the case is reached for trial years later. A document prepared on the day of the incident is often more persuasive than some someone's sketchy recollection many years after the incident.

How can you protect yourself from lawsuits that may not surface until years from now? Enact a written document retention policy that advises all staff of what to do with documents at the summer's end. This written policy will guide your administrative staff in devising a system that collects, organizes, and retains crucial documents for a specified period.


At a minimum, you should safeguard and store the following documents:

Applications contain valuable information. They document any pre-existing medical conditions, a child's health status, and any special concerns of the parents. When faced with a claim that you failed to follow the parents’ wishes, you want to have the signed application that documents what the parents said about their child before any thoughts of litigation arose. Ditto for any health forms and medical exam forms signed by the child's pediatrician.

The most common claims will likely be that your staff failed to adequately supervise the activity in which a child was injured. The incident report should document when and how the accident happened, who were the supervising staff (to prove that all required staff/camper ratios were adhered to), all physical complaints of the injured person, and the response of your staff. If asked years later about how an accident happened and what staff was present, a well-written incident report will go a long way in refreshing the memories of your key staff and proving your version of the facts.

Although the law on waiver and release forms varies from state to state, it does not help you to go to the trouble of requiring all participants to execute waiver/release forms only to throw them out at the end of the season. When the claim rolls in a few years later, you are going to question your decision to throw out these documents in the name of saving a little file space in the office. Better still, scan the documents onto a computer disc, thumb drive, or hard drive, and your space concerns will disappear.

Tom, Geri, and David were your best senior staff members. But they are on to new endeavors, and you now need to locate them three years after they have left your employ. Rather than racking your brains to figure out a way to contact them because they witnessed a tragic accident, retain your staff directories so their home addresses are immediately available.

Tom was the lifeguard on duty when a young child nearly drowned. At the time, he was hailed by everyone—including the child's parents—as a hero for noticing that the camper was in trouble, rescuing her from the lake, and successfully performing CPR. Now several years later, the family's lawyer accuses Tom of negligently performing his duties and having been poorly trained to handle his lakefront responsibilities. Wouldn't it be helpful to have Tom's employment file on hand, complete with his updated CPR and lifeguard certifications, as well as documentation that he knew about and participated in the camp's lakeside safety plan?

For some, summertime is slow and the living is easy. Not so for anyone associated with a summer camp or recreational program. However, a well-thought-out document retention policy will spare you many future headaches if you have to reconstruct events that happened years ago. Hopefully, you will never be faced with a claim for personal injuries. But if you are, you will thank the day that you took the extra time to select, organize, and safeguard the key documents generated by your organization during this past summer season.


Paul Clark is a Senior Partner with the law firm of Wade Clark Mulcahy. His practice focuses on litigation, risk management, and insurance-related matters. Offices are located in New York, New Jersey, and Pennsylvania. He can be reached at 212-267-1900 or pclark@wcmlaw.com.