What you should know about employment-at-will 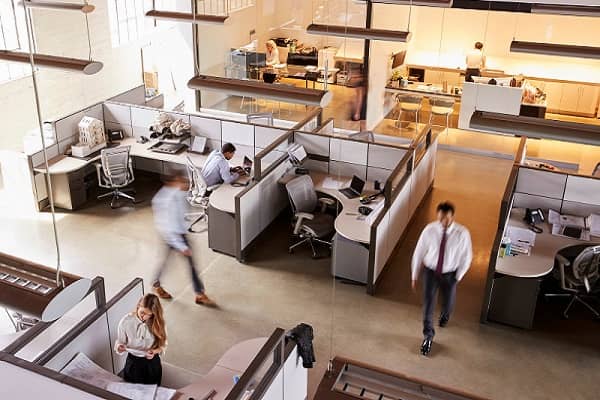 You may have heard the term “at-will” employment, but do you really know the implications and ramifications it has with regard to the employment relationship?

Fundamentally, the at-will employment doctrine states that in the absence of a contract or collective bargaining agreement, an employer may terminate an employee at any time for any reason (or no reason). In turn, the employee may do the same, that is, leave the employment at any time, for any reason. Sounds simple enough, but things are often not as simple as they seem. So, whether you are the employer or the employee, it is beneficial to understand how the at-will employment doctrine can affect the hiring and firing process.

The origin of the employment-at-will doctrine can be traced back to the late 1800s where it was first mentioned in a legal treatise, entitled Master and Servant, written by Horace C. Wood. Although Wood cited four American cases which supported his statement about at-will employment, it seems as if Wood took some liberties and wrongly described at-will employment as already being accepted by the courts. Within a short time, various courts were citing the rule in his treatise, and the rule became accepted law. Many believe that it simply reflected the laissez-faire attitude of the times.

Over the last several decades, the courts and legislatures have begun to view the employer-employee relationship in somewhat of a different light. The first challenges to the status of at-will employment came during the Industrial Revolution as employees formed unions and gained protection against certain employment actions. The federal courts have also added protection with the passage of the Civil Rights Act and subsequent laws (including the American with Disabilities Act), which protected classes of individuals and prohibited terminations based on race, religion, creed, gender, age, national origin, disability, pregnancy, and veteran's status. And although the at-will employment doctrine still remains intact in most states, courts are now addressing terminations that may seem unjust.


Exceptions to the rule

There are three major judicial exceptions to the employment-at-will doctrine. The first, known as the public policy exception, is the most widely accepted exception. According to the January 2000 edition of “Monthly Labor Review,” 43 states recognize the public policy exception to the at-will employment doctrine. The seven states that do not recognize this exception are Alabama, Florida, Georgia, Louisiana, Maine, Nebraska, New York, and Rhode Island. This exception prevents terminations for reasons that violate explicit and established federal or state public policy. For example, it would be considered a wrongful termination if an employer were to fire a child care employee who reported suspected child abuse where the employer felt there was no such abuse. The employee was simply following public policy and the termination would be deemed unjust.

The second major exception to the employment-at-will doctrine is known as the implied-contract exception. Basically, there is no contract in place, however an employer makes oral or written representations regarding job security, and the courts view it as an implied contract. This is often seen in cases where employee handbooks contain statements that an employee will only be terminated for “just cause” or references to employees as attaining “permanent status.” It may also involve oral statements made by the employer to an employee that “as long as you do a good job, we will keep you on staff.” Thirty-eight of our 50 states recognized the implied-contract exception as of January 2001. The 12 states that do not recognize this exception are Arkansas, Florida, Georgia, Indiana, Louisiana, Massachusetts, Missouri, Montana, North Carolina, Pennsylvania, Rhode Island, Texas, and Virginia. In these 12 states, the only recognized contract is one that is explicitly entered into by both parties whether in writing or by verbal agreement.

The last exception, known as the covenant of good faith and fair dealing exception, is only recognized by 11 states as of January 2001. It is the least recognized exception by the courts, because it strays significantly from the traditional employment-at-will doctrine. It basically means that an employer’s decision to terminate an employee is subject to a “just cause” standard and that terminations made in bad faith are prohibited. Under the good faith exception, terminations and other employment actions that are not based on job-related factors would be considered illegal.

For example, an employee has worked for a child care director for many years and their children begin to date, as they know each other from high school. The young man breaks up with the young lady (who is the director's daughter) and the director takes her frustration out on the employee (mother of the young man) and demotes her to a classroom or schedule that is unfavorable or terminates her employment. As many child care professionals have experienced, this type of petty situation does occur. In the 11 states that recognize the good faith exception, this scenario would be illegal. The 11 states are Alabama, Alaska, Arizona, California, Delaware, Idaho, Massachusetts, Montana, Nevada, Utah, and Wyoming.

Despite these relatively recent judicial and legislative adaptations, at-will employment is generally alive and well. Contract employees (those that have a contract for employment or are covered by a collective bargaining union) are not at-will employees. Terminations for contract employees can only be carried out by the terms outlined in the contract. When terminating at-will employees (those with no contract), employers need to ensure that the firing cannot be deemed a wrongful termination. First, employers need to make certain that no federal or state public policy is being violated. Second, employers need to make sure there is no suggestion of an implied contract, (either from an employee handbook that could be misconstrued as such, or verbal statements made by the employer to the employee suggesting terms of employment). Finally, employers in the 11 states that recognize the good faith exception should determine if the termination is for “just cause” and is not being carried out with malice or in bad faith.

If employers use professional sense and make their employment decisions including terminations for job-related and/or job performance-related reasons, the employer should remain well within the at-will employment parameters. To be sure, all employers should consult with local legal counsel when terminating any employee.