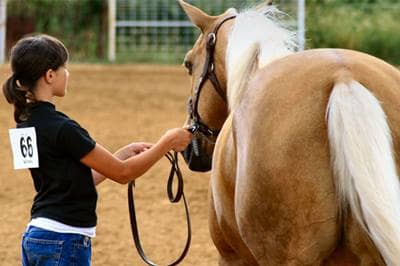 “Do we have enough insurance? Do our policy limits provide sufficient protection?” Customers often ask these questions.

Limits are the maximum dollar amounts a policy is obligated to pay in the event of a covered loss. Different types of policies provide different types of limits. General liability policies have per occurrence limits and aggregate limits. Umbrella liability policies have a per occurrence limit equal to the aggregate limit. Farm package policies provide both general liability coverage (with limits as noted above) and property coverage limited to all scheduled buildings and farm personal property. Full mortality policies have very specific limits – the agreed value of each animal. Equine major medical policies are subject to an annual aggregate limit. One word that occurs frequently in the preceding paragraphs is aggregate. An aggregate limit is the maximum amount the policy is obligated to pay for all covered losses occurring during the policy term.

The cornerstone of a commercial insurance program is the general liability policy. General liability coverage protects the policy’s named insured(s) against bodily injury and/or property damage suits up to the limits selected. Liability policies have several limits. The two most important are:

The policy also provides several other limits of coverage, namely:

Property policies provide coverage for all structures and personal property items scheduled, subject to the dollar limits shown for each item. For example, an insured desiring $250,000 of coverage on a new barn/arena complex and $5,000 on show saddles and bridles would list those items at those limits when requesting coverage. After underwriting review, the insurance company would add the items to the insured’s property policy, increasing that policy’s limits by $255,000. If a fire caused a total loss of the building and the tack stored there, the insured would expect to collect $255,000 minus any applicable deductibles. If the insured also owned a tractor stored in the barn that was destroyed by the fire, there would be no coverage for the tractor since it was not declared.

Full mortality policies are designed to replace an insured’s financial investment in a horse. The policies are known as agreed value policies. This means that the company and the insured agree on an animal’s value at the inception of the policy. Should the horse die during the policy term due to a covered cause, the insured would receive the agreed value of the animal. The agreed value of each insured animal is the limit the full mortality policy will pay in the event of loss.

Choosing limits for your unique needs

The purchase of insurance should provide peace of mind for the insured by protecting earnings and assets against unexpected loss. General liability limits must be sufficient to protect against lawsuit. Property coverage limits should protect owned structures and equipment that must be replaced in case of loss. Financial investment in a horse can be protected by full mortality insurance.